Chile. Like little kings they stand there and live up to their name. The king penguins of Tierra del Fuego. Here in Parque Pingüino Rey in Chile lives the only colony of king penguins in Tierra del Fuego. A great opportunity to get to know these majestic animals. Find out more about the Parque Pingüino Rey and its inhabitants in my article. What is the best season to visit the penguins? Read on and see what you can experience in your respective travel month.

In 2010, a small group of king penguins conquered a place in the Bahia Inutil. Under the protection and initiative of the Parque Pingüino Rey, the colony has been thriving ever since. In 2013, the first offspring was born. At the end of 2018, the colony of King Penguins of Tierra del Fuego had about 90 individuals.

The Parque Pingüino Rey is a beautiful example of a hand in hand work of research, education and sustainable tourism. The park has been open to visitors since 2011. Paths and two observation points have been created. Information boards have also been set up. From these places you can observe the penguins from a distance of 30 to 50 meters. A wooden fence protects the colony from excessive damage. For photographers the fence also offers a great storage for the camera with telephoto lens. In addition, binoculars bring the King Penguins of Tierra del Fuego a little closer to the visitor.

How to get to the King Penguins of Tierra del Fuego

The Parque Pingüino Rey is easy to reach from Punta Arenas as part of a day trip. This can be done either with an organized tour* or with your own vehicle. The journey is long but worthwhile. Furthermore the trip can be supplemented by smaller intermediate stops. A visit to the museum Porvenir, the oil town Cerro Sombrero would be a good idea. You like Lost Places? Then a visit to the wrecks of the abandoned Estancia San Gregorino is worthwhile.

You can find out more about visiting times, directions and other information on the Parque Pingüino Rey website.

Want more penguins? Then visit my article "Penguins - Photo Tips for great Penguin Photos". I also have a lot of great penguin photos in my Gallery .

When do you see What?

A successful pair of penguins gives birth to two chicks every three years. The breeding cycle is between 14 and 15 months. The success rate in the colony is currently between 20% and 84%. Which phase of the breeding cycle you can see depends on the month of your visit:

Eighteen penguin species occur worldwide. The king penguin is the second largest species after the emperor penguin. Its breeding areas are the subantarctic islands between 45° and 55° southern latitude. For example South Georgia or the Falkland Islands. In addition, the king penguin is a migratory bird. To the food-search, it swims from its hatcheries as far as to the circumpolar Antarctic waters.

Have you ever been to Tierra del Fuego National Park yourself and maybe visited the King Penguins? Do you have any questions about my article or further suggestions? If so, please write me a comment!

Highlights in the Beagle Channel - penguins, sea lions and more

Highlights of a Boat Trip around the Westman Island Heimaey

Tsavo National Park - the Realm of the Red Elephants

Vestmannaeyjar - Hike to the windiest Place in Iceland

St. Kilda - Travel Tips for the loneliest Island in Britain

Hi, I'm Mareike.
Traveler with permanent wanderlust, discoverer of big and small treasures of our world and passionate photographer. Always looking for new experiences and motives. More about me and my blog you will find out here. Welcome to my travel and photoblog! 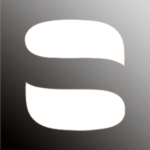 Some of my posts contain so-called affiliate links. These are marked with * or mentioned in the article. If you buy a product via this link, then I get a small commission for it and you help me to fill wanderlust motives further with interesting articles.
The product will not become more expensive for you!

A group of citizens from across Europe have united and demand the end of the shark fin trade in the European Union (EU), so as to increase the protection of these fragile but key species. This trade relies on the wasteful and unethical practice of cutting the fins off sharks and discarding the animal back into the ocean while it is often still alive. Because of their high commercial value and use in a traditional soup in Asian culture the practice of shark finning still occurs and Europe is one of the major players in the global fin trade.
The petition runs until 31.01.2022.

The most Popular Posts